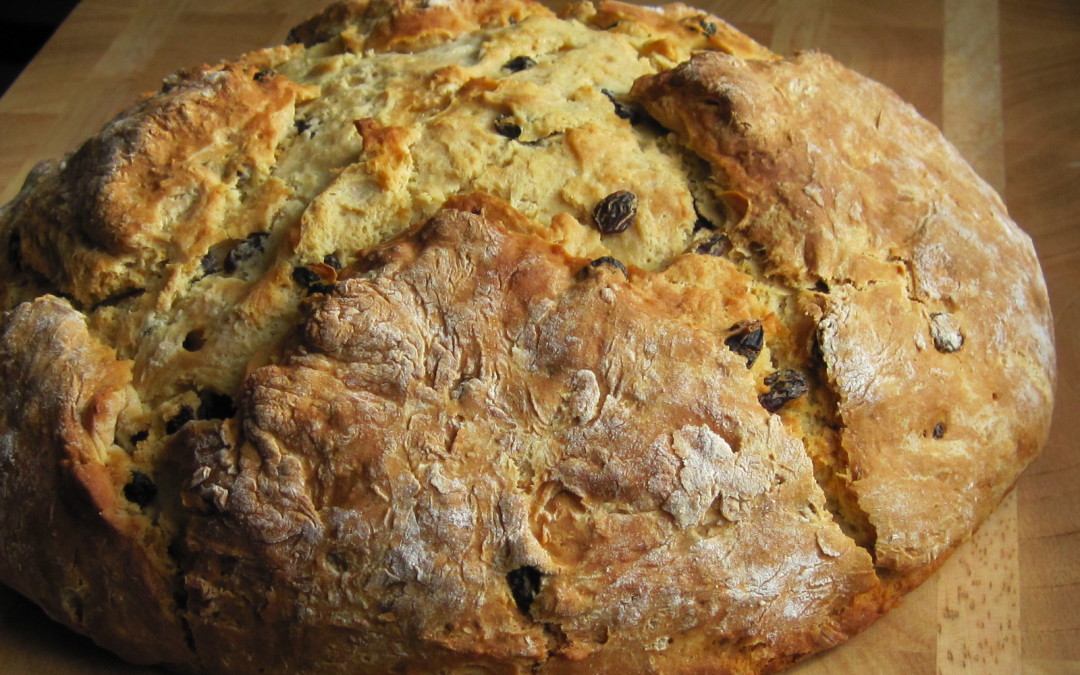 Soda bread is a variety of quick bread traditionally made in a variety of cuisines in which sodium bicarbonate (otherwise known as baking soda) is used as a leavening agent instead of the more common yeast. In Ireland, the flour is typically made from soft wheat; so soda bread is best made with a cake or pastry flour (made from soft wheat), which has lower levels of gluten than a bread flour. Let’s see how to get a fresh no-fuss Irish soda bread with Paul Hollywood, an English baker and celebrity chef.