Flour Colour
A very simple way to determine colour differences in different batches of flour is to look at the colour of different types of flour under a sheet of glass. This can be done with more than one flour at a time. This method not only facilitates a comparison of the whiteness of different flours but also allows for an inspection for impurities. The flour should be of “perfectly regular consistency and not contain any specks”. This obviously does not pertain to mixed grain or to other than white flours. Several methods exist for the measurement of colour, all of which relate to the quantity of reflected or absorbed light. 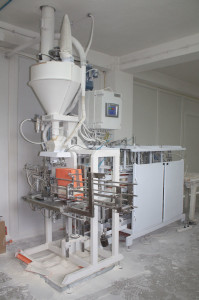 Flour Protein
Traditionally flour protein has been the main parameter used to judge flour quality and strength. Today we know that not all wheat protein is created alike. Wheat “protein” or Albumen is composed of four types of protein: gliadin, glutenin, albumin and globulin. Gliadin and glutenin comprise roughly 85% of the Albumen, and are the gluten-forming components. Albumin and globulin are water soluble, and thus don’t add to the strength of the flour. The percentage of protein (Albumen) only tells us the amount of protein, and is only a hint as to the real character of the flour. This figure does not tell us anything about the type, or quality of protein. The farinograph test gives us more valuable information about the “quality” of the protein; and thus how it will perform in the bakery.

Flour Moisture
The level of moisture in flour is important mainly f or the issue of storage. When the moisture level exceeds 16 % the shelf life of the flour is greatly reduced. Generally, the moisture will be 14-15%, which when stored in appropriate conditions (relatively cool, dry and aerated) allows for plenty of shelf life. There is a correlation between moisture content and water absorption but can be counteracted by starch damage.

Flour Ash
The ash content of the flour is determined by incinerating a sample of flour. The minerals naturally present in the flour do not burn and remain as ash. The weight of the ash is then compared to the original sample. The ash content tells us something about the extraction of the flour. In the endosperm of the wheat kernel, the mineral content increases from the centre outwards. The area of the endosperm nearest the aleurone and bran layers has the highest mineral content. Higher ash contents indicate higher extraction. Most flours will have an ash content below 0.6%, patent flours can go as low as 0.35%

Falling Number
The falling number test determines the amylase activity of a flour sample. The amylase enzymes are used to break down the starch in flour to release sugar ready for fermentation. The test entails heating measured amounts of water and flour in a special test tube. The tube is placed in a boiling water bath and agitated with a plunger for 55 seconds to allow the sample to gelatinise. Then the plunger is released at the top of its cycle on the surface of the sample, the time that it takes the plunger to sink through the gelatinised starch to the bottom of the tube is recorded. The total time in seconds (including the original 55 seconds) is recorded as the “falling number”. Therefore the minimum number is 55 and some flours can push into the high 400’s and beyond.
Depending on the alpha-amylase activity, the degradation of the starch paste will vary. The higher the alpha-amylase activity, the lower the number, and vice versa. In Australian and Canadian wheats, typically the falling number has to be adjusted (reduced) in the flour through the addition of diastatic malt, or fungal amylase for use in the Bakery. Generally the baker will find that fermentation progresses more rapidly as falling numbers become lower.

Farinograph
The “Brabender Farinograph” is one of the most common flour testing machines in use today. The farinograph produces a graph that represents the force required to turn two mixing arms in a small mixing chamber with dough at an adjusted hydration. On the graph each vertical line represents thirty seconds. The horizontal axis spans 0-1,000 brabender units; each line marking 20 BU, (i.e. force/resistance).

Absorption
Dough hydration is adjusted so that the peak of the graph is centered on 500 BU, resulting in a predetermined dough consistency. The absorption indicated is the adjusted hydration. When looking at farinograph absorption it is important to realize that this is not an absolute value. The greatest value can be had from comparing absorption values from lot to lot, and making adjustments proportionately.

Starch Damage
Inherent characteristics of the wheat, along with the physical effects of milling determine the level of starch damage. The process of wheat milling damages a portion of the starch granules. This tendency is amplified as the hardness of the wheat increases. Because of this, starch damage is of particular concern in New Zealand. Starch damage increases the amount of fermentable carbohydrate as well as the absorption of the flour. Normally starch granules absorb one-third their weight in water, when damaged that increases to 2-3 times their weight. Damaged starch granules are very susceptible to attack by alpha-amylase enzymes.
The combination of high levels of fermentable carbohydrate, and water, (and thus rapid enzymatic activity) make conditions optimal for more active fermentation as the damaged starch levels increase. Also, though flour with high starch damage figures absorbs a lot of water, once the amylase enzymes do their work, the dough becomes slack. Balance, as always, is key. Too much starch damage, and the dough tends to be slack and over-fermented; too little and the fermentation stalls after the immediately available sugars are consumed.
One should expect to see starch damage at 6-9% for winter wheats, and 7-10% for spring. Damaged starch significantly affects both Farinograph water absorption, and dough extensibility and resistance (Alveograph).

Evaluating an Extensograph Chart
A cylinder shape dough ball is proved for 45, 90 and 135 minutes. After each stage the dough is installed into a cradle in which the dough is stretched to breaking point. The graph generated from this process conveys information about the properties of the flour from which the dough was made. The area within the curve is measured is reported in cm2. This indicates the total energy required to stretch the dough. This indicates the efficiency of the dough during fermentation eg. The higher the area, the greater the tolerance and vice versa.
The resistance (R) is measured in BU as the peak force during the curve creation
The extensibility (E) is measured in mm along the base of the curve and indicates the stretchability of the dough
The ratio R:E is calculated as the resistance quotient of resistance to extensibility. When combined with the energy reading indicates the dough behaviour, stability and potential baking volume.
Typical results for bread flour: R:400 E:190 R:E 2.11
Trypical results for a biscuit flour: R:130 E:160 R:E 0.81

Produced by Chopin, the Alveograph is an instrument that gives valuable rheological information about a dough sample by measuring the pressures attained during the inflation of a dough sample into a bubble. Because the test expands a dough sample in a biaxial plane, similar to the way dough cells expand in actual bread dough, this test is highly regarded. This test is traditionally used as standard in countries that have historical or cultural links to France, but is used elsewhere in the world as a supplementary test for evaluation or verification purposes.