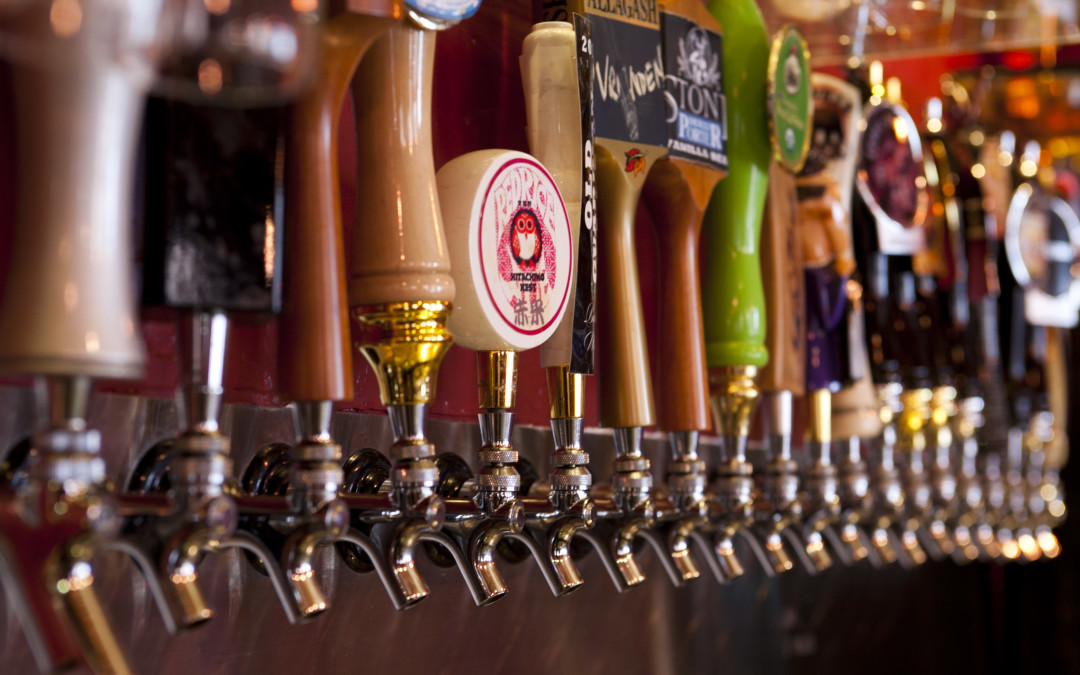 A cold brew on a hot day, a hearty stout on a windy winter night, ale with lunch, lager with dinner, a kegger with friends – it’s no wonder this versatile drink is the most commonly-consumed alcoholic beverage in the world. With a history thousands of years in the making, and an established place in culture and cuisine worldwide, it means a lot of effort and care goes into the brewing of the beverage.
According to the 2013 Kirin Beer University Report, production has been growing steadily for the past 29 years, with the world generating nearly 193 million kiloliters of the refreshing stuff in 2013 alone – that’s 212 olympic swimming pools full of beer every day.

If beer is your haven, your happy place, you should take a look at these top-tier beer-producing countries before planning your next vacation. 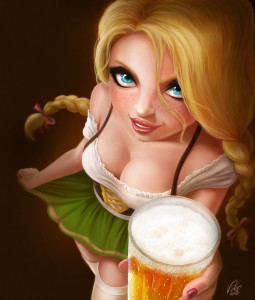 Spain produced 3.27 million kiloliters of beer – that’s 1,308 olympic-sized swimming pools – in 2013. It’s a far larger amount more than ever before, as any beer vendor in the country will tell you: its popularity amongst locals has skyrocketed. Craft beer in particular has become more common, with Magister and Naturbier being just a few of the microbreweries creating top-grade craft beer in Spain.

In spite of holding the tenth-place spot, we should give credit where credit is due: Spain was the first country in Europe to produce beer, about 4400 years ago. For an extremely long time, getting barley and hops into the country proved extremely difficult. For that reason, beer did not become very popular in Spain until the 1800’s, when a more stable European trade system, the railroad, made it easier to import the necessary ingredients.

Beer production in Poland began in the Middle Ages, but like many nations, it took until the 1800’s for demand to take off, spawning more than 100 breweries. The production of beer severely declined when World War I began, and didn’t see improvement until after the end of World War II. Today, Polish beer is a booming trade that is world renowned; with Tyskie & Zywiec being two of the largest brands to come out of the country.
Poland generated 3.956 million kiloliters of beer in 2013. This is apt, as it needs to make lots, being the 5th-highest beer consuming nation in the world, with 98.5 l consumed annually per capita. Baltic porter, lager, and bock are some of the favourite varieties in the Eastern European nation.

Considering that this area has been brewing beer since as early as 54 BC, it comes as no surprise that the UK invented most beer types on the market today, including stout, India pale ale, porter, and brown ale. Yet, quite ironically, the most popular type of beer here is pilsner – which originated in the Czech Republic.

In 2013, the UK produced 4.1956 million kiloliters of beer, or the equivalent of over 11 billion bottles. Even though it is well known for it’s pub culture, it is only 23rd in the world for beer consumption, meaning a lot of its home-brewed stuff is shipped overseas – shown in the UK holding the statistic of fifth-largest beer exporter in the world.

Dinner with Beer in Tokyo Restaurant – Thinkstock.com
Japan produced 5.5321 million kiloliters of beer in 2013. This includes two beer-like drinks: Happo-shu, which is low malt, and new genre, which is a non-malt beverage. These two varieties are so popular because they are bubbly and taxed much less than regular beer.

Japan is newer to the field of beer production than most other nations on the list, since it did not start brewing beer until after the Dutch arrived in the 1600’s. The first brewery to open in Japan was Kirin Brewery, which opened in 1869. The Sapporo Brewery followed shortly thereafter, and today Japan has four major breweries and more than 200 microbreweries. While Kirin and Sapporo are still available to this day, Japan’s skills lie in producing, not consuming – the Japanese rank 43rd in the world’s beer-consumption-per-capita ranking.

When it comes to “cerveza,” Mexico knows what it’s doing. This country produced 8.25 million kiloliters of beer in 2013 – that’s roughly 8 times the volume of the empire state building – however, Mexico is content in their production, this is the exact the amount the country produced in 2012.

Though the indigenous people of the country made fermented drinks, after Spanish conquest in the 1500 and 1600’s, the people of Mexico began brewing European-style beer. The practice of brewing beer really picked up in the 1850’s with newly-landed German immigrants. Today, just two major companies produce beer in Mexico: FEMSA and Grupo Modelo – and can they pump it out: Mexico exports 16.5% of the world’s beer, more than any other country.

In 2013, Russia produced 8.912 million kiloliters of beer, or the equivalent of about 23 Yankee Stadiums filled to the brim. These production numbers are necessary, because in terms of consumption, beer is second only to vodka in popularity, with each Russian consuming about 74 litres of it per year.

There are more than 100 breweries in the country, with the largest being Carlsberg Group, a Danish Company, which brews the nation’s favorite beer, Baltic. A vibrant microbrewery community is also in place, with 250 indie brewers scattered across Russia, with porters and pilsners being the most popular varieties .

German beer is world renowned – in 2013, the country produced 9.4365 million kiloliters of beer. In perspective, Oktoberfest revellers drank 6.7 million litres of beer in 2013, which means the country produces about 1400 Oktoberfests worth of beer per year. Beer production has remained constant in this European powerhouse, which is a good thing – Germany is the world’s 4th-greatest beer exporter, and provides 10% of the Earth’s brews.

Germany began producing the drink in the Middle Ages, the Weihenstephan brewery at the Benedictine Abbey being the first, with recipes that date back to 1040 – the oldest in the world. Currently, there are more than 1300 breweries in Germany. Together, they make more than 5,000 brands of beer, on top of hosting Oktoberfest in Munich each September. And, as we’ve seen, one of their biggest contributions is helping to spread beer to all corners of the earth.

In 2013, this country generated 13.46 million kiloliters of beer, which is about equivalent to the volume of the world’s most voluminous building, the Boeing Factory in Everett, Washington, covering a size of 100 acres, and the building where 747 Jumbo Jets, and 787 Dreamliners are produced. It’s also 33 times more beer than is consumed over the 4 day Brazilian Carnival festival held each spring. A whole lot of beer.

The first breweries in Brazil appeared in the 1800’s, around the time German immigrants arrived. In the 1880’s the first Brazilian beer, Bohemia, was brewed, and to this day it remains one of the country’s most popular brands. As for variety, the most popular brand in Brazil is pilsner.

The US produced 22.43 million kiloliters of beer in 2013. The US is the world’s sixth-largest beer exporter, with the task of beer production shared by more than 3000 breweries throughout the states, ranging in size from the tiny local microbreweries of Vermont to brewing giants like Anheuser-Busch in Missouri. American brands: Coors Light, Budweiser and Bud Light all rank in the world’s top 3 brands of beer sales.

Though Native Americans brewed forms of beer with the basic ingredients they had, the first official brewery in the United States did not open until the 1600’s when the Dutch West India Company set up shop in Manhattan. Today, beer comprises about 85% of the alcoholic drinks consumed in the US, with the most popular styles being IPA and pale lager. The nation’s high demand is a good enough reason to produce so much of the cold stuff.

1 – China
A better reason than 85% market share to make a lot of beer? 1.35 billion consumers. With a production volume of 46.5438 million kiloliters, China is the world’s largest producer of beer, 12 years running. It produces more than double that of the US, and has increased production by more than 4.9% since just last year. A good sign of this increased demand in the Asian superpower? Chinese brands were the #6, #2, and #1 most consumed beers in the world in 2013.

China’s success in the beer production arena might be due to its early start, since beer-like alcoholic drinks were made in this country as early as 7000 BC. However, China, like most nations, did not start brewing the type of beer you would recognize today until the 1800’s. Currently, the most popular style of beer here is rice lager.

This article is taken from www.wordatlas.com