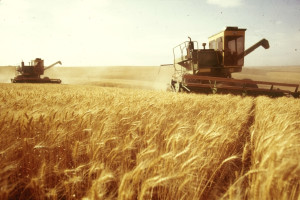 In terms of the parts of the grain (the grass fruit) used in flour—the endosperm or protein/starchy part, the germ or protein/fat/vitamin-rich part, and the bran or fiber part—there are three general types of flour. White flour is made from the endosperm only. Brown flour includes some of the grain’s germ and bran, while whole grain or wholemeal flour is made from the entire grain, including the bran, endosperm, and germ. Germ flour is made from the endosperm and germ, excluding the bran.
So what’s actually the same about all these flours is that they are made from wheat, and flour is the powdery substance created when a dry grain is pulverized. Cultural and languages differences can make a kind of confusion in understanding flours characteristics. Recipes on hand, you can find a lot of flours used in a variety of cakes, bread, and generally baked products. But the question is: is there such a big difference between these flours or can the so called all-purpose flour really be used for all purposes?!
First, what makes them different is how they’re milled, what kind of wheat they’re made from, and even what time of year the wheat was harvested. But what it really all boils down to is protein content.
Then, we should consider that wheat is not the only raw material from which flour can be made.There are also corn flour, barley, spelled, rice, oats, rye, khorasan, of einkorn etc; or legumes, nuts, chestnuts, chickpeas , potatoes and even some species of Australian acacia.
Now we are talking about wheat; here the most popular kind of flour and their main characteristics.

Whole wheat or wholegrain flour
is made using the whole of the wheat kernel, with nothing added or taken away. White whole-wheat flour is milled from hard white spring wheat,[4] rather than traditional red wheat. It is a good source of protein, calcium, iron, fiber, and other minerals like selenium and it’s more nutritious than refined white flour, although white flour may, in a process called food fortification, have some micronutrients lost in processing added back to the white flour. It has a textured, brownish appearance and adds flavour and nutrition to baked products, especially bread. In fact, whole-wheat flour is generally used in baking of breads and other baked goods, also typically mixed with other lighter “white” unbleached or bleached flours. It does not have as high a gluten level, so often it’s mixed with all-purpose or bread flour when making yeast breads. Whole wheat flour is equivalent to British whole meal flour.

All-purpose flour
This flour is the most widely used of all flours, suitable for a wide range of baked products. It comes from the finely ground part of the wheat kernel, separated from the bran and germ during the milling process. It is made from a combination of hard and soft wheat, hence the term all-purpose. It has iron, and four B-vitamins added in amounts equal to or exceeding what is present in whole wheat flour.
Self-rising flour: This is a type of all-purpose flour that has salt and a leavening agent added. It can be substituted for all-purpose flour in a recipe by reducing salt and baking powder and it is commonly used in biscuits, quick breads and even cookies.

White flour
Taking the whole grain as 100%, white flour is made by sieving out about 25% of the coarser wheat particles. This would include the bran, wheat germ, semolina, and other coarse particles. It usually contains around 75% of the wheat grain and most of the bran and wheatgerm have been removed during the milling process.
The well known bread flour is white flour made from hard, high-protein wheat, so it has high gluten strength and protein content that’s why it’s generally called strong flour. It is unbleached and sometimes conditioned with ascorbic acid, which increases volume and creates better texture. Bread flour is milled primarily for commercial baking use, but can be found at most grocery stores. While similar to all-purpose flour, it has a higher gluten content, which is optimal in making yeast breads and suitable for extensible doughs such as choux and filo pastry, and also puff and flaky pastry.

Cake and pastry flour
Cake Flour is a fine-textured, soft-wheat flour with a high starch content. It has the least amount of gluten of all wheat flours, 8% to 10% protein, so it falls somewhere between all-purpose and cake flour in terms of protein content and baking properties.
It often comes bleached, process which gives it a bright, white appearance. Cake flour is excellent for light, delicate products such as sponge cakes, pie doughs, some cookie batters, and muffins.
Pastry flour (also known as cookie flour) has a protein (gluten) of 9% to 10%. Use pastry flour for making biscuits, pie crusts, brownies, cookies and quick breads. Pastry flour makes a tender but crumbly pastry and it is not suitable for yeast breads. It is not readily available at supermarkets, but it is possible to mimic it by using a 2-to-1 ratio of all-purpose flour to cake flour.