The History of Flour: from Mesolithic period to the Industrial Era 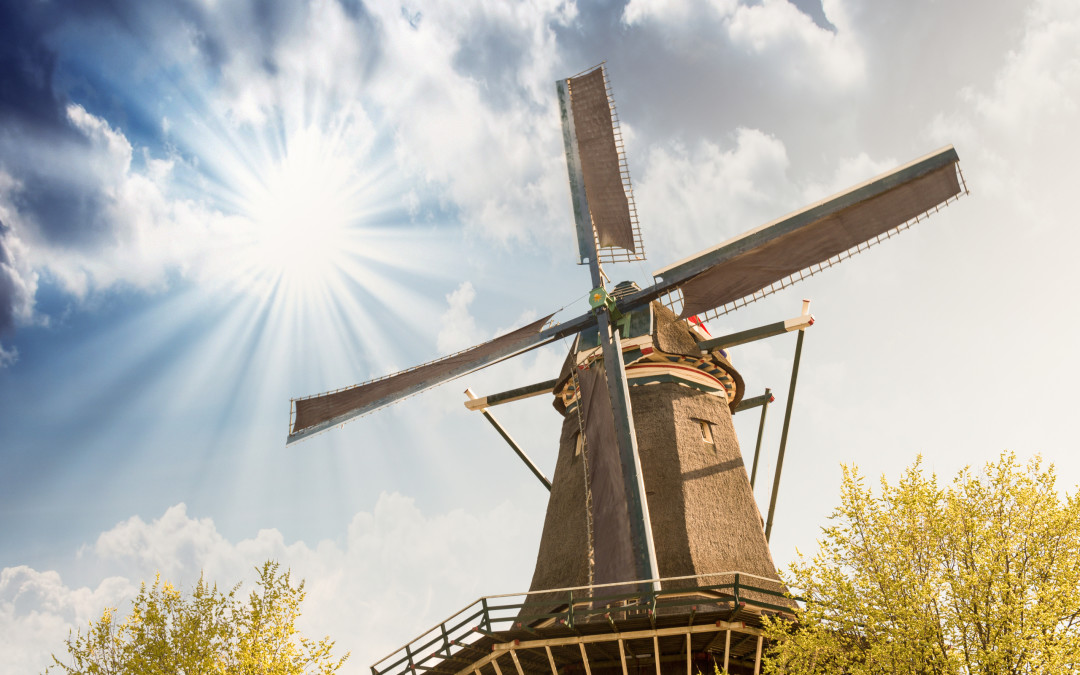 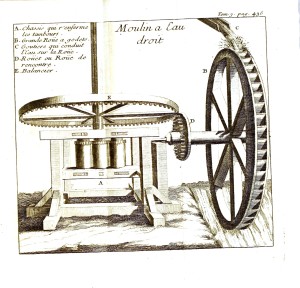 Without the invention of the grinding stone there would be no civilization as we know it. There would be no bread or buns, no pasta or pizza, no cakes or couscous and the wheel, originally an aid to agriculture, would presumably never have been invented.
It all started about 10,000 years ago when the hunters and gatherers of the Natufian culture of the Mesolithic period roamed a fertile region that extended from the Middle East into Mesopotamia. They began to till the soil and learned to breed new grasses from the seed of the wild plant. But it was to be another 4,000 years before our ancestors discovered that these seeds can be crushed between simple grindstones.
In the advanced civilizations the grains were ground by hand grinding grain between stones. These methods included the mortar and pestle (a stone club striking grain held in a stone bowl), the saddlestone (a cylindrical stone rolling against grain held in a stone bowl), and the quern (a horizontal, disk-shaped stone spinning on top of grain held on another horizontal stone). Such an hard work was usually done by a woman, as archaeologists discovered studying some women bones find in neolithic sites.
The next development was the rotary quern which consists of two round stones placed on top of each other.
Around 3,000 B.C. the Egyptians introduced an important innovation: yeast. Using the warmth of the sun they exposed a dough mixed with yeast to a fermentation process, and after baking this yielded a soft, pleasant-tasting loaf of bread. With the aid of further ingredients they improved their art so enormously that they could produce over forty different kinds of bread.
Later, the Romans ground the corn on cone mills – massive, heavy structures turned by slaves or animals. It was a larger versions of the rotary quern. This invention of the ancient world was still used by the millers of the Middle Ages.
As one might expect, not only Romans but also the ancient Greeks made some important contributions to grain milling technology. In fact, they invented the first water mill
The development of the water mill, described in the Treaty of architecture of Vitruvius, has occurred in parallel with the end of slavery from the ninth century: water power replaced animal or human energy, and that highly increased productivity. Therefore the energy produced by each wheel of a water mill could grind 150 kg of grain in one hour, equivalent to the work of 40 slaves. The expansion of the water mill takes place during the Middle Ages, while the wind -already used in Persia in the seventh century . d. C.- is introduced in Europe only in the twelfth century. The medieval cities of the plain, rich in bridges and canals, became the ideal locations of many mills throughout Europe.
That did not change until the start of the industrial age, when in 1879 the first steam mill was erected in London. So the windmill was supplanted with the advent of the steam engine and, later , by the electric motor and unifine mill, an impact-type mill, developed in the mid-20th century.
With the advent of roller mills, cereal is no longer crushed but passes through pairs of rotating cylinders of hard cast iron . In this way is achieved a more refined product, reducing the overheating of the flour and, consequently, their deterioration.