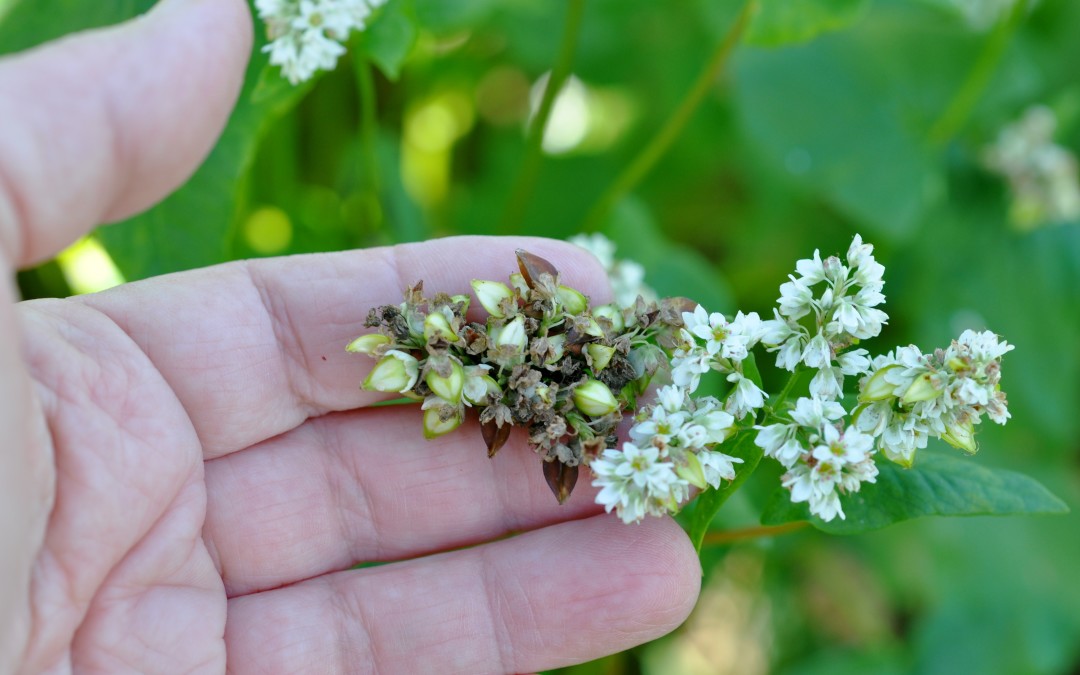 Common buckwheat was domesticated and first cultivated in inland Southeast Asia, possibly around 6000 BCE, and from there spread toCentral Asia and Tibet, and then to the Middle East and Europe. Domestication most likely took place in the western Yunnan region of China. Buckwheat is documented in Europe in Finland by at least 5300 BCE as a first sign of agriculture and in the Balkans by circa 4000 BCE in the Middle Neolithic. In Russian and Ukrainian buckwheat is called гречка (grechka) meaning of Greek, due to its introduction in the 7th century by the Byzantine Greeks, the same is the case in Russian.

The oldest known remains in China so far date to circa 2600 BCE while buckwheat pollen found in Japan dates from as early as 4000 BCE. It is the world’s highest elevation domesticate, being cultivated in Yunnan on the edge of the Tibetan Plateau or on the Plateau itself. Buckwheat was one of the earliest crops introduced by Europeans to North America. Dispersal around the globe was complete by 2006, when a variety developed in Canada was widely planted in China.
Buckwheat is a short season crop that does well on low-fertility or acidic soils, but the soil must be well drained. Too much fertilizer, especially nitrogen, will reduce yields. In hot climates, it can only be grown by sowing late in the season, so that it will bloom in cooler weather. The presence of pollinators greatly increases the yield. The nectar from buckwheat flower makes a dark-colored honey. Buckwheat is sometimes used as a green manure, as a plant for erosion control, or as wildlife cover and feed.