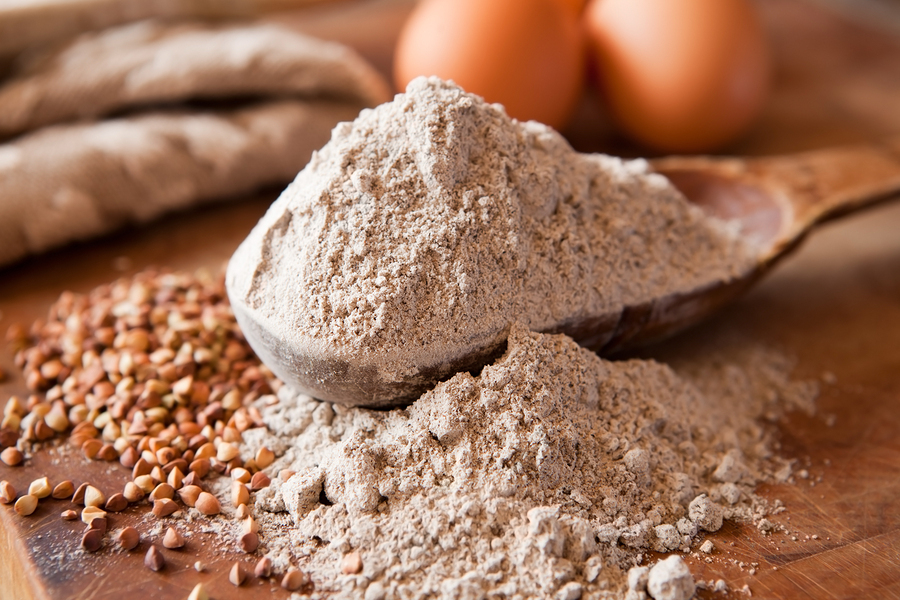 A Grain That’s Good for Your Cardiovascular System

Diets that contain buckwheat have been linked to lowered risk of developing high cholesterol and high blood pressure. The Yi people of China consume a diet high in buckwheat (100 grams per day, about 3.5 ounces). When researchers tested blood lipids of 805 Yi Chinese, they found that buckwheat intake was associated with lower total serum cholesterol, lower low-density lipoprotein cholesterol (LDL, the form linked to cardiovascular disease), and a high ratio of HDL (health-promoting cholesterol) to total cholesterol.
Buckwheat’s beneficial effects are due in part to its rich supply of flavonoids, particularly rutin. Flavonoids are phytonutrients that protect against disease by extending the action of vitamin C and acting as antioxidants. Buckwheat’s lipid-lowering activity is largely due to rutin and other flavonoid compounds. These compounds help maintain blood flow, keep platelets from clotting excessively (platelets are compounds in blood that, when triggered, clump together, thus preventing excessive blood loss, and protect LDL from free radical oxidation into potentially harmful cholesterol oxides. All these actions help to protect against heart disease.
Buckwheat is also a good source of magnesium. This mineral relaxes blood vessels, improving blood flow and nutrient delivery while lowering blood pressure—the perfect combination for a healthy cardiovascular system.

Better Blood Sugar Control and A Lowered Risk of Diabetes

The nutrients in buckwheat may contribute to blood sugar control. In a test that compared the effect on blood sugar of whole buckwheat groats to bread made from refined wheat flour, buckwheat groats significantly lowered blood glucose and insulin responses. Whole buckwheats also scored highest on their ability to satisfy hunger.
When researchers followed almost 36,000 women in Iowa during a six-year long study of the effects of whole grains and the incidence of diabetes, they found that women who consumed an average of 3 servings of whole grains daily had a 21 percent lower risk of diabetes compared to those who ate one serving per week. Because buckwheat is a good source of magnesium, it is also important to note that women who ate the most foods high in magnesium had a 24 percent lower risk of diabetes compared to women who ate the least. 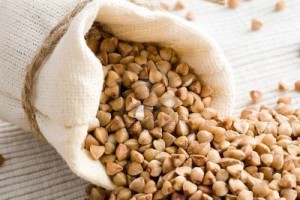 Canadian researchers, publishing their findings in the Journal of Agricultural and Food Chemistryhave found new evidence that buckwheat may be helpful in the management of diabetes. In a placebo-controlled study, a single dose of buckwheat seed extract lowered blood glucose levels by 12-19% at 90 and 120 minutes after administration when fed to laboratory animals with chemically-induced diabetes. No glucose reduction was seen in animals given placebo. The component in buckwheat responsible for its blood glucose-lowering effects appears to be chiro-inositol, a compound that has been shown in other animal and human studies to play a significant role in glucose metabolism and cell signaling. While researchers do not yet know precisely how it works, preliminary evidence suggests chiro-inositol makes cells more sensitive to insulin and may even act as an insulin mimic. Results of the Canadian study were so promising that one of the lead investigators, Roman Przbylski, is currently collaborating with Canadian-based Kade Research to develop new buckwheat varieties with much higher amounts of chiro-inositol. Although the animals used in this study had the equivalent of Type 1 diabetes in humans, the researchers are confident that buckwheat will exert similar glucose-lowering effects when given to animals with Type 2 diabetes, which is the next study on their agenda. Type 2 or non-insulin dependent diabetes, which is by far the most common form in humans (90% of diabetes in humans is Type 2), is characterized by an inability of cells to respond properly to insulin.
Buckwheat and other whole grains are also rich sources of magnesium, a mineral that
acts as a co-factor for more than 300 enzymes, including enzymes involved in the body’s use of glucose and insulin secretion.
The FDA permits foods that contain at least 51% whole grains by weight (and are also low in fat, saturated fat, and cholesterol) to display a health claim stating consumption is linked to lower risk of heart disease and certain cancers. Now, research suggests regular consumption of whole grains also reduces risk of type 2 diabetes. (van Dam RM, Hu FB, Diabetes Care).
In this 8-year trial, involving 41,186 particpants of the Black Women’s Health Study, research data confirmed inverse associations between magnesium, calcium and major food sources in relation to type 2 diabetes that had already been reported in predominantly white populations.
Risk of type 2 diabetes was 31% lower in black women who frequently ate whole grains compared to those eating the least of these magnesium-rich foods. When the women’s dietary intake of magnesium intake was considered by itself, a beneficial, but lesser—19%—reduction in risk of type 2 diabetes was found, indicating that whole grains offer special benefits in promoting healthy blood sugar control. Daily consumption of low-fat dairy foods was also helpful, lowering risk of type 2 diabetes by 13%. Get the benefits of both buckwheat and dairy by enjoying a hearty breakfast of hot buckwheat topped with low-fat milk and a spoonful of maple syrup.

Eating foods high in insoluble fiber, such as buckwheat, can help women avoid gallstones, shows a study published in the American Journal of Gastroenterology.
Studying the overall fiber intake and types of fiber consumed over a 16 year period by over 69,000 women in the Nurses Health Study, researchers found that those consuming the most fiber overall (both soluble and insoluble) had a 13% lower risk of developing gallstones compared to women consuming the fewest fiber-rich foods.
Those eating the most foods rich in insoluble fiber gained even more protection against gallstones: a 17% lower risk compared to women eating the least. And the protection was dose-related; a 5-gram increase in insoluble fiber intake dropped risk dropped 10%.
How do foods rich in insoluble fiber help prevent gallstones? Researchers think insoluble fiber not only speeds intestinal transit time (how quickly food moves through the intestines), but reduces the secretion of bile acids (excessive amounts contribute to gallstone formation), increases insulin sensitivity and lowers triglycerides (blood fats). Abundant in all whole grains, insoluble fiber is also found in nuts and the edible skin of fruits and vegetables including tomatoes, cucumbers, many squash, apples, berries, and pears. In addition, beans provide insoluble as well as soluble fiber.

One type of phytonutrient especially abundant in whole grains such as buckwheat are plant lignans, which are converted by friendly flora in our intestines into mammalian lignans, including one called enterolactone that is thought to protect against breast and other hormone-dependent cancers as well as heart disease. 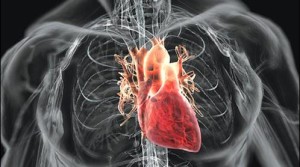 In addition to whole grains, nuts, seeds and berries are rich sources of plant lignans, and vegetables, fruits, and beverages such as coffee, tea and wine also contain some. When blood levels of enterolactone were measured in 857 postmenopausal women in a Danish study published in the Journal of Nutrition, women eating the most whole grains were found to have significantly higher blood levels of this protective lignan. Women who ate more cabbage and leafy vegetables also had higher enterolactone levels.

Eating a serving of whole grains, such as buckwheat, at least 6 times each week is an especially good idea for postmenopausal women with high cholesterol, high blood pressure or other signs of cardiovascular disease (CVD).
A 3-year prospective study of over 220 postmenopausal women with CVD, published in theAmerican Heart Journal, shows that those eating at least 6 servings of whole grains each week experienced both:
• Slowed progression of atherosclerosis, the build-up of plaque that narrows the vessels through which blood flows, and
• Less progression in stenosis, the narrowing of the diameter of arterial passageways.
The women’s intake of fiber from fruits, vegetables and refined grains was not associated with a lessening in CVD progression.

Heart failure is the leading cause of hospitalization among the elderly in the United States. Success of drug treatment is only partial (ACE inhibitors and beta-blockers are typically used; no evidence has found statins safe or effective for heart failure), and its prognosis remains poor. Follow up of 2445 discharged hospital patients with heart failure revealed that 37.3% died during the first year, and 78.5% died within 5 years.
Since consumption of whole grain products and dietary fiber has been shown to reduce the risk of high blood pressure and heart attack, Harvard researchers decided to look at the effects of cereal consumption on heart failure risk and followed 21,376 participants in the Physicians Health Study over a period of 19.6 years.

After adjusting for confounding factors (age, smoking, alcohol consumption, vegetable consumption, use of vitamins, exercise, and history of heart disease), they found that men who simply enjoyed a daily morning bowl of whole grain (but not refined) cereal had a 29% lower risk of heart failure. Isn’t your heart worth protecting, especially when the prescription—a morning bowl of hearty whole grains—is so delicious? For quick, easy, heart-healthy, whole grain recipes, click The World’s Healthiest Foods, and look at the “How to Enjoy” section in any of our grain profiles.

Fiber from Whole Grains and Fruit Protective against Breast Cancer

When researchers looked at how much fiber 35,972 participants in the UK Women’s Cohort Study ate, they found a diet rich in fiber from whole grains, such as buckwheat, and fruit offered significant protection against breast cancer for pre-menopausal women. (Cade JE, Burley VJ, et al., International Journal of Epidemiology). 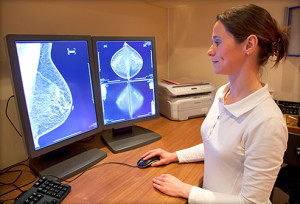 According to the American Lung Association, almost 20 million Americans suffer from asthma, which is reported to be responsible for over 14 million lost school days in children, and an annual economic cost of more than $16.1 billion.
Increasing consumption of whole grains and fish could reduce the risk of childhood asthma by about 50%, suggests the International Study on Allergy and Asthma in Childhood (Tabak C, Wijga AH, Thorax).
The researchers, from the Dutch National Institute of Public Health and the Environment, Utrecht University, University Medical Center Groningen, used food frequency questionnaires completed by the parents of 598 Dutch children aged 8-13 years. They assessed the children’s consumption of a range of foods including fish, fruits, vegetables, dairy and whole grain products. Data on asthma and wheezing were also assessed using medical tests as well as questionnaires.
While no association between asthma and intake of fruits, vegetables, and dairy products was found (a result at odds with other studies that have supported a link between antioxidant intake, particularly vitamins C and E, and asthma), the children’s intake of both whole grains and fish was significantly linked to incidence of wheezing and current asthma.
In children with a low intake of fish and whole grains, the prevalence of wheezing was almost 20%, but was only 4.2% in children with a high intake of both foods. Low intake of fish and whole grains also correlated with a much higher incidence of current asthma (16.7%). compared to only a 2.8% incidence of current asthma among children with a high intake of both foods.
After adjusting results for possible confounding factors, such as the educational level of the mother, and total energy intake, high intakes of whole grains and fish were found to be associated with a 54 and 66% reduction in the probability of being asthmatic, respectively.
The probability of having asthma with bronchial hyperresponsiveness (BHR), defined as having an increased sensitivity to factors that cause narrowing of the airways, was reduced by 72 and 88% when children had a high-intake of whole grains and fish, respectively. Lead researcher, CoraTabak commented, “The rise in the prevalence of asthma in western societies may be related to changed dietary habits.” We agree. The Standard American Diet is sorely deficient in the numerous anti-inflammatory compounds found in fish and whole grains, notably, the omega-3 fats supplied by cold water fish and the magnesium and vitamin E provided by whole grains. One caution: wheat may need to be avoided as it is a common food allergen associated with asthma.

This article is taken from: http://www.whfoods.com/genpage.php?tname=foodspice&dbid=11